Over the summer the government is contemplating what it should do about the thorniest issue in employment law: employment status. The concept of ‘employment status’ refers to the type of contractual arrangement that a worker must have in order to qualify for employment rights. The government commissioned the independent report, Good Work: The Taylor Review of Working Practices (July 2017). The report concluded, in brief, that the current tripartite division of employment status into independent contractors, employees, and workers functions reasonably well in most cases, but there was so much uncertainty about how the legal tests should apply in borderline cases, especially those provoked by new platform technologies, that the government should consider legislation to clarify the legal tests. Having broadly accepted the recommendations of the Taylor Review, the Department for Business, Energy & Industrial Strategy (BEIS), HM Treasury, and HM Revenue & Customs (HMRC) together launched an Employment Status Consultation in February 2018. The consultation document indicates that the government plans to give greater clarity and certainty to tests of employment status by more detailed legislation that attempts to codify the criteria developed by the courts. Indeed, it is hard to imagine that we cannot improve on the definition of the employment status in the Employment Rights Act 1996 s. 230, which, with a degree of obfuscation worthy of a prime minister, proclaims in effect that ‘Employment means Employment’.

Whilst welcoming the plan to try to give more detailed statutory guidance on employment status, it is discouraging to read the actual proposals. In outlining the principles for the codification of a test of employment status, the consultation document wheels out an inaccurate and outdated trio of tests: mutuality of obligation, personal service, and control. If an undergraduate writing the labour law exam this summer had relied on this tripartite test in an answer, the mark should have been down in the nearly extinct category of a lower second.

Admittedly, it is easier to criticise than come up with a viable alternative test of employment status. In practice, the courts sensibly look at numerous factors that describe employment status without making any particular factor either a necessary or a sufficient condition of employment status. The current on-line HMRC test of employment status has a high rate of legal error, because it assumes incorrectly that some of these factors are necessary or sufficient conditions of one status or another. In my view, it will be hard for legislation to do any better than provide such a list of factors that indicate which side of the line the work relation falls. This list of factors would improve on the current situation by omitting some irrelevant factors such as mutuality of obligation and more cautiously explaining that factors such as a requirement of personal service are often indeterminate. Assuming that there is a contract in existence, a list of factors might look something like this:

Indicative factors favouring the finding of a contract of employment:

If all of these factors are satisfied in a particular case, it will certainly be a contract of employment. If only a few are satisfied in whole or in part, the case is a borderline one, though the contract will probably fall into the ‘limb (b)’ conception of a ‘worker’. For that latter concept, the consultation paper suggests a different list of factors to determine who should count as a worker (or a renamed category of ‘dependent contractor’), adding a suggestion drawn from the Taylor Review that the employer’s ability to control the performance of work should receive greater emphasis, particularly in cases involving workers in the gig economy.

One awaits the results of the consultation with trepidation, though in the hope that a useful legal reform will emerge. We should be aware, however, that we are about to miss a golden opportunity to adjust the personal scope of employment law as a whole to modern working practices. The central issue in this area of law is which workers should be entitled to employment law protections that must be provided by the other party to the contract. These protections do not arise between two businesses, for businesses are assumed to bear these risks themselves. The issue is when does one person or a company become a duty-bearer with respect to a worker. The answer to that question depends in general on two requirements: the contract must comply with the relevant employment status; and the worker must have satisfied any requirement of continuous service with the proposed duty-bearer. Different pieces of legislation offer various definitions of the relevant employment status, and a wide assortment of qualifying periods.

But why should there be a different definition of the relevant employment status in these various pieces of legislation? There are various historical explanations of why the legislation was drafted in particular ways. The early twentieth century legislation on statutory immunities during industrial action afforded protection to ‘workers’, no doubt because employees, by which was meant white-collar workers, who were unlikely to go on strike. At the time of the enactment of the law of unfair dismissal and redundancy payments, the traditional full-time employment status was so predominant that no-one considered the plight of more precarious workers. Equal pay law had to conform to EU law, which eventually settled on the notion of ‘worker’ (in an autonomous EU sense) to determine its scope. Different ministries may have preferred their own terminology, with the former department of employment (now consumed in BEIS) using the concept of employee and the department of work and pensions preferring the concept of worker. These historical accidents of terminology do not rest on any principle or intelligible strategy for choosing the appropriate scope for worker-protective legislation. Our legislation reads like a list of anomalies rather than a coherent strategy of employment regulation.

In my view, there is rarely a good reason to have variable personal scope for employment law. Why, for instance, should a minimum period of notice and protection against unfair dismissal be confined to employees, but the larger category of ‘workers’ have the entitlement to a paid holiday and the minimum wage? If a worker deserves a holiday, a rest break, and a living wage, why should they not also be entitled to some protections for job security in view of their economic and psychological dependence on the employer? Differences in the qualifying periods of rights can express our judgements about the circumstances to which an employer should be held responsible for protecting the worker’s interests. For the general law of unfair dismissal, a qualifying period can be justified as either serving an employer’s need to observe performance of work before making a worker permanent or as a reward of job security for employees who provide long service. In contrast, since a discriminatory dismissal is a particularly harsh form of treatment that arguably violates human rights, the legislation eschews any qualifying period. But the detriment caused by a dismissal is likely to be similar whether someone is classified as an employee or a worker, so the protections should not vary according to subtle differences in employment status. Apart from certain public sector jobs such as judges, we should normally have unified concept of employee status.

If UK law were to be reformed to embrace a single concept of employee status, what should it be? It should be the statutory concept of worker in s. 230 Employment Rights Act 1996, which includes the ‘limb (b)’ of a person who undertakes to perform work personally for another person who is not a client or customer of a business undertaking of the worker. This concept recognises that modern employment practices have adopted great diversity in the types of contractual arrangements through which people perform work for others. The concept of employment that was useful in the middle of the twentieth century is now outdated and hard to apply to the various kinds of networks and precarious arrangements through which work is performed. Furthermore, limiting employment protection rights to employees has proved to be an invitation to employers to engage in sham contracts by which they manipulate the terms to present the appearance that the worker is an independent contractor, albeit one that works full-time and only for that particular employer. The personal scope of the Equality Act 2010 s.83(2), though perhaps intended by Parliament to be broader, has been interpreted in Jivraj v. Hashwani  to mean much the same as an employment relation under the control of another, so it cannot offer an appropriate formulation of employment status that includes non-standard working arrangements.

Given that the concept of ‘worker’ has recently provoked a flurry of litigation, it may seem perverse to adopt it as the single determinant of employment status across the board. Yet a new concept of this kind is likely to generate disputes about its interpretation. Employers will take time to adjust. As judicial decisions accumulate, however, a clearer picture of the statutory concept of a worker is emerging. In a major and productive intervention in Bates van Winkelhof v Clyde & Co LLP, Baroness Hale argued cogently that a pattern was emerging from the statutes that extended protection beyond employees to a worker who was integrated into the main business in the sense that the worker was recruited to perform an integral part of its operations. As well as addressing the problem of sham contracts, a revised statutory concept of ‘worker’ should indicate the factors that are relevant to the distinction between, on the one hand, genuine independent contractors who have a range of customers and clients, and, on the other hand, workers who, though from a financial and business risk point of view to some extent in business on their own account, are contracted to perform services that are integrated into the main employer’s business. In order to identify this second group of ‘semi-detached workers’ (Elias J, James v Redcats (Brands) Ltd, who would be included with employees in the scope of all employment protection laws, the concept of direction or control would be relevant to the extent that it indicated integration into the main employer’s enterprise. Economic dependence on the main employer could not be determinative, for many genuinely independent small businesses are dependent on a major client. Contrary to Windle v Secretary of State for Justice, however, there is no good reason to exclude intermittent workers and casual workers from the scope of the legislation (provided they meet the relevant qualifying period). This is because they may be integrated into the employer’s business – as in the case of the waiters for banquets in a hotel in O’Kelly v Trusthouse Forte, [1984] QB 90 (CA) – whilst being particularly vulnerable to exploitative treatment due to their precarious supply of work.

The narrow definition of the problem in terms of difficulties in applying the current legal tests has led to the modest objectives of the current government consultation on employment status. Unfortunately, we will miss the opportunity to rectify a whole series of anomalies in our current legislation by providing a much needed single test of employment status that is fit for the regulation of modern working arrangements. 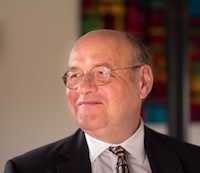 About the author: Hugh Collins FBA is the Vinerian Professor of English Law at All Souls College, Oxford, and Co-editor of the UK Labour Law Blog.  His books include Labour Law Cambridge UP (with KD Ewing and A McColgan), Employment Law 2nd edn (OUP), and Foundations of Indirect Discrimination Law (ed with T Khaitan) (Hart Publishing).