The rapid growth of the gig or platform economy in Europe has triggered much discussion about the future of employment rights. A recent report to the ETUC focuses on a particularly important subset of issues raised by the spread of platform work across industries and Member States: what are the challenges and opportunities for workers’ collective voice?

Commentators have long highlighted the precarious working conditions for a significant proportion of the gig economy: from a (purported) lack of clarity as regards platform workers’ legal status and wage rates which can be far below legal minimum levels once all expenses and time are factored in to rating mechanisms which exercise significant control over platform workers’ daily efforts.

The challenges to fair digital working conditions by elements of the platform economy are not, however, limited to the individual dimension: just as importantly, prevalent business models can threaten workers’ exercise of fundamental collective rights, including freedom of association, the right to collective bargaining, the right to strike, and access to information and consultation machinery. Indeed, the challenges faced by platform workers are often significantly higher than in traditional workplace settings. Potential obstacles to ensuring that collective voices can be heard in the platform economy include first, platform resistance to collectivisation, whether in the form of outright hostility, or more indirectly, for example through the provision of alternative representation structures. A second, practical challenge arises from the dispersed nature of platform workers – whether across town in the case of local apps, or potentially the globe, in the case of clickwork platforms: organising such a workforce might at first glance appear to be a daunting task. The third challenge arises from the specific needs of platform workers, which may in certain circumstances differ significantly from traditional trade union offerings – and be highly heterogeneous across different platforms.

Upon closer inspection, however, it quickly becomes evident that none of these obstacles are in fact insurmountable: the inherent flexibility and adaptability of collective bargaining structures turn out to be an important trump card in this regard.

To underline this point, the report sets out a series of examples of successful collective engagement with platform operators: it explores different organising and worker engagement strategies, before turning to the full spectrum of worker representation. These range from instances of information and consultation machinery (whether within the scope of collective legislation, or in the form of voluntary arrangements between workers and platform operators) through to an example of co-determination at board level.

The content of collective bargaining in the platform economy is a particularly central topic: what are the sort of areas which workers and platforms might be interested in, and which are specific to the context of platform-based work? In the long run, the single biggest challenge lies in shaping the substantive content of the eventual collective bargaining agreements. Whilst traditional topics such as hours, wages, and holiday arrangements continue to play a significant role, it is also important to keep in mind the specificities of platform-based work, and include these in negotiations.

Details will vary from platform to platform or at least sector to sector; the following examples highlight some of the most fundamental challenges and suggest how they might be tackled in a collective agreement:

Given the central role ratings play in shaping platform workers’ daily experiences, collective bargaining over the operation of rating systems should play a central role. Potential aspects include the factors by which ratings are compiled (such as consumer feedback, compliance with policies, and the role of algorithmic monitoring) and their relative weighting in determining overall scores and/or task assignment. Platforms should also develop a system which allows workers to challenge ratings, for example when a low rating was given by a consumer in retaliation for a worker’s refusal to bend the rules or worse (such as taking an extra passenger in a taxi, or work which far exceeds task descriptions). Linked to this is the problem of algorithmic discrimination: collective agreements should include provisions for the monitoring of platforms’ rating systems’ impact on different segments of the workforce, to ensure that the operation of rating algorithms does not lead to discrimination against particular groups. Finally, collective agreements could also stipulate for the portability of ratings: workers should be free to export their rating from a platform and take it to another operator in order to avoid a locking in into a particular company.

In addition to baseline collective bargaining over wages, platform based work raises further challenges in relation to payment calculation and regularity. In this context, a collective agreement could play an important role in ensuring pay transparency, for example by setting out agreed mechanisms for the resolution of disputes between consumers and workers, or liability for incidental costs and equipment. Collective bargaining could also tackle regular payment mechanisms to ensure that workers have easy access to their platform income: the variability and unpredictability of certain operators’ pay modalities is frequently raised as a complaint.

Closely linked to pay transparency is the question of conflict resolution between all parties involved in platform economy transactions. Disputes frequently arise, for example, between consumers and platform workers, whether it is a challenge to a particular route taken, the speed of a delivery, or the quality of online work. A collective agreement should set out clear procedures for the resolution (or escalation) of such conflicts, including for example the evidence admissible in disputes, and workers’ rights to explain their position and if appropriate be accompanied to a disciplinary hearing. Similar mechanisms should also be in place for disputes between a platform and workers, especially in the context of potential deactivation.

As platform workers use operators’ apps and websites, a significant amount of data is constantly collected and compiled. Collective agreements should include comprehensive provisions on worker privacy and data protection. As regards the former, for example, there could be clearly defined limits as to which data an app may collect, and at which times it is able to do so. In so far as data protection is concerned, in addition to compliance with baseline legal standards such as the European Union’s General Data Protection Regulation (GDPR), collective bargaining should also cover topics such as data access and protection against online fraud. A final topic under this heading is data ownership and intellectual property: at the moment, nearly all platforms’ default approach is that both content and metadata created through the operation of a platform economy service belong to the customer or platform operator. In the course of collective bargaining, these default settings should be scrutinised to see whether they are always appropriate or whether, depending on the specific business model in question, there are modifications which might ensure a more appropriate sharing (or remuneration in lieu).

A final example of platform-specific collective bargaining relates to deactivation: particularly in the context of purely online platforms with global reach, traditional models of dismissal protections (including, for example, an in-person appeal hearing and assistance from colleague or trade union representative) might not always be suitable. Platform collective agreements should therefore include both clear criteria and an easily accessible process for deactivation, including for example a system of escalating warnings, a clear explanation of reasons, and the worker’s right to make representations in her defence. Crucially, the deactivation procedure should also include explicit protection against retaliation, for example for organisers or whistle blowers.

Given the vast heterogeneity of platform economy work, this list can offer but a few illustrations of challenges common to most platforms. A good guide to underlying principles can be found in the so-called Frankfurt Declaration, which sets out a number of fundamental principles and requirements for fair platform economy bargaining.

In terms of regulatory strategy, the first and foremost goal should be to apply existing information and consultation as set down in European regimes, and collective bargaining as per national regulations. This is not to suggest that adaptations and developments will not be required, but it is crucial not to fall into the trap of technological exceptionalism. While the rise of the platform economy presents collective labour with some new challenges, the underlying business model is not a fundamentally new one – as recent litigation surrounding worker status and union recognition at Deliveroo illustrates. In order to engage positively, the most promising strategy is thus one of the consistent application and enforcement of existing regimes, combined with incremental adaption of underlying norms (such as, for example, the adaptation of bargaining duties under Schedule A1 to include some of the suggestions above.) New legislation is unlikely to keep pace with technological change and might struggle to respond to potential unforeseen consequences. The inherent flexibility and reflexivity of collective bargaining, on the other hand, presents a unique opportunity to ensure fair working conditions for all workers in the platform economy.

Embracing technology will be a crucial step in organising platform-based workers, and delivering services to them. At the same time as enthusiastically endorsing the potential technology has to make work – and organising – more productive, safer, and interesting, it is important to avoid the lure of technological exceptionalism: the technology powering the platform economy is novel and exciting – but the underlying business model is not. As a result, there is ample space to meet the platform economy and its operators within the realm of collective voice.

The benefits of the resulting collectivisation will accrue to all involved: workers will be able to enjoy the flexibility of new forms of work without the risk of exploitative working conditions and low wages; platform operators will be able to harness the skills and experience of a dedicated workforce; and consumers will benefit from a sustainable work environment and much-improved service delivery. 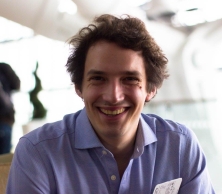 Jeremias Prassl (@JeremiasPrassl) is a Fellow of Magdalen College, and an Associate Professor in the Faculty of Law, University of Oxford. He is the author of Humans as a Service: The Promise and Perils of Work in the Gig Economy (OUP 2018). His recent report to the ETUC is available here.